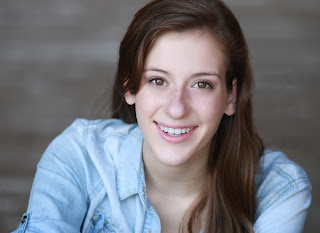 It is a little bit surreal to look back on the first half of my summer at the Atlanta Shakespeare Company. I spent June working with the Shakespeare Intensive for Teens program, and I feel like I have just stepped off of a rollercoaster. Sure, I’m winded but I also can’t stop smiling. This three-week program has been incredibly informative for me as an artist, as an intern, and as a person. However, since it is impossible to convey every lesson learned during SIT without time travel -and science has limited my resources- here is the Sparknotes version of what I learned.
It’s all about the students. This experience is shaped by those who participate in it and each student within this group was incredibly eager and willing to work. Personally, it would be difficult to imagine this going through this experience without each of the young artists and their personalities that brought the work to life. Veterans and newcomers alike courageously explored outside of their comfort zones. These students readily shared their discoveries about themselves, their characters and the text which informed their work in profoundly unique ways and brought the group together.
After each day, we would sign off as a team (like an all hands in, 3..2..1 GO TEAM!! type team). Though it might seem trivial, reinforcing the team element was a beautiful way to establish the tone of the room. One of the tenants of the ASC’s educational philosophy is to create a judgement-free environment, so establishing this group as a team helped keep everyone on the same plane. On any given day we were Team Off-Book, Team Team or Team Work but most importantly, we were always a part of Team Safe Space. We asked students to be aware of judgement within their language and their physicality in order to establish the SIT classroom as a free zone for exploration. The group was supportive, attentive, and quickly broke judgmental habits. Especially once the students recognized they had the support of their cast, they identified and discussed their emotions eloquently- something even adults struggle with. It seemed simple for the students to be receptive to the ideas and emotions of others which allowed us to really get moving in the artistic process. However, it was much more difficult to eliminate the judgement they passed on themselves.
Asking anyone to access their emotions in front of others is a tall order. Asking TEENAGERS to access their emotions in front of others?? Good luck. High schoolers have an inclination to avoid talking about their feelings in public. Naturally, SIT starts every day with an emotional check-in. After each run through of a scene, the first question asked was usually “how did that feel?”.  So, it’s safe to say we talked about feelings A LOT. One of the larger challenges was to get the students to identify what they were feeling instead of judging their performance. Judgement is a full stop. When faced with a judgmental response such as “that was good” or “I felt like I was awful” the directors would shift the focus to unpacking the emotions behind those rulings. As someone who is riddled with self-judgement, this is a game changer. Providing the vocabulary to assess emotions prompted students to make bold, active choices and opened their performances up to new discoveries. Once a student made an awesome new choice there was no time to waste. To quote everyone’s favorite sports brand, JUST DO IT.  Infinite discoveries are made in the moment. There was no time to judge when ideas were immediately put into motion. Students, especially self-conscious students, tried to talk themselves out of these spontaneous findings by inquiring whether it was “the right answer” or not. But here’s the kicker: we trusted our students and the findings they discovered.
It took some students the whole process to recognize that they were entitled to their own decisions. No one was going to shame them if they tried something that didn’t exactly fit. Sure, the directors offered guidance, but ultimately the students were at the helm. Students let their emotions lead them without worrying about conforming to a pre-set artistic vision. Each student had the right to tell the story their way.  This inclusive directing style cultivated wonderful, weird and honest performances. Offstage, it changed lives. During the wrap-up of the first week, we asked the students what had affected them most from this process. Almost unanimously the group commented on how quickly they felt comfortable trusting one another. Another resounding answer came from several students; they had never felt like they were enough on stage before this program. This struck a personal chord with me. I’ve spent a lot of my life obsessing over whether or not I am good enough. If I could go back in time and tell my younger self one thing, I would try to silence self-doubt (I’m waiting on you, science!!). So, to know that SIT has given students the tools to combat that anxiety is overwhelming.  This program is powerful.
Lastly, life– like theatre- is ephemeral. RECORD IT. I wish I had just written down what it felt like to be in that classroom. That way I could bottle it up and take it with me now, like a handwritten time machine. I implore everyone to journal. The feelings discovered and life lessons learned within this program are all worth remembering. Keep discovering, exploring and leaning in. I know I will.

Posted by The Shakespeare Tavern® at 4:40 PM