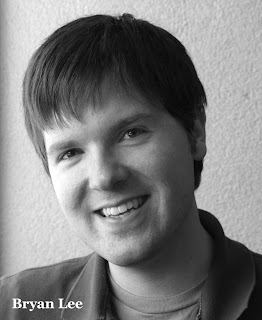 Bryan Lee joined the Shakespeare Tavern with the 2006-2007 Apprentice Company in August, 2006. Since then, has graced the Tavern’s stage in Romeo and Juliet, Troilus and Cressida, and Cabaret. Now is playing Arthur in King John, a young prince who is caught in a tug-of-war for the throne of .

grew up in in Middle Georgia. He majored in Theatre with an emphasis in Music at in . He is an accomplished singer and often worked with NSU’s music department

When came to the Tavern as an Apprentice, he found his favorite thing was being completely immersed in theatre. To him, it felt like an extension of his college training.

You may also have seen in The Lost Colony at , The Andrew’s Brothers at ART Station, and several other productions around the South East.

told me that he always finds the role he is currently working on to be his favorite. He says that he would love to play Puck in A Midsummer Nights Dream, Benedick in Much Ado About Nothing, and Iago in Othello. Outside of Shakespeare, his dream roles include Chris in Miss Saigon and Sweeney Todd.

When I asked to tell me something different and unusual about himself, he told me that he really likes to fish. He likes the ritual of getting ready and going to buy junk food and beer beforehand, and then how peaceful it is on the water.

As far as ’s acting career goes, he says that he feels happy and fulfilled in . He wants to be part of making the Atlanta Theatre Community great and he is having fun and being challenged here,

In King John, is playing Arthur, the nephew of Richard the Lionheart and heir to the throne. When Richard changes his mind on his deathbed, the throne passes to Richard’s younger brother John. Arthur, who is very young, gets caught in the middle between opposing factions. says that in his personal interpretation of the role, Arthur is very young and does not want to be King. His favorite scene is what he calls the “Eyeball Scene” with Hubert, played by Jeff Watkins.

-Redd
Posted by The Shakespeare Tavern® at 1:25 PM No comments: