A Visit to The American Shakespeare Center in Virginia

Education and Training Programs Coordinator Andrew Houchins spent some time visiting the American Shakespeare Center in Virginia recently.  While he was there, he was able to experience the differences and the similarities of how another company produces Shakespeare's works.  Enjoy! 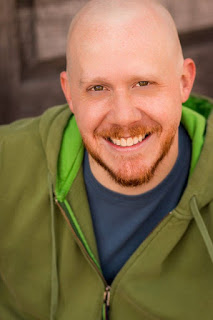 As a company member of ten years with the Atlanta Shakespeare Company, I’ve often wondered what other Shakespeare theatres and festivals around the world do. The Shakespeare Theatre Association boasts more than 100 participating members; that’s a lot of viewpoints and ideas on how to most effectively interpret and present the works of history’s most produced playwright. And aside from an annual conference and a few interpersonal relationships, I am unaware of any serious working partnerships from company to company. I’ve always wanted to find out how I would work with a theatre that dives head first into creating conceptual theatre with Shakespeare’s plays, or reimagines them in a more contemporary setting. What about the other way around? How would someone who deals solely in the world of fourth-wall realism manage working with us, a group dedicated to acknowledging the audience and everything else in the room? If I, as a director, took our style to a theatre that is known for reinterpreting the text, how would that cast and audience respond?
At times, I have felt slightly insulated from the world of other Shakespeare practitioners. I don’t get the opportunity to share my thoughts and ideas and opinions with other artists who have a whole different set of experiences with these magnificent plays. I want to understand more about how other Shakespeare company mission statements were developed and how those missions are realized.
For a few days this July, I had the opportunity to visit the American Shakespeare Center in Staunton, VA. I had reached out to Sarah Enloe, their Director of Education, about working together to learn a little more about each other’s respective companies. I knew that we each had a high school summer camp, that we had (on paper, at least) similar approaches to how to most effectively perform the works of William Shakespeare, and we have a fledgling touring production program that could certainly learn a lot from the experiences of the company formerly known as Shenandoah Shakespeare Express. But I wanted a more first-hand experience with their performance style in order to have a more comprehensive understanding of how the American Shakespeare Center and the Atlanta Shakespeare Company are alike and how we are different.
(Author’s note: In order to save some space and prevent too much confusion for the rest of this article, I will be referring to the American Shakespeare Center as ASCVA and the Atlanta Shakespeare Company as ASCATL.)

On my visit, I got to watch ASCVA’s production of Antony and Cleopatra, a show in which I have performed twice in two different roles. I was fascinated by the differences in how our two companies put similar concepts into practice. While we use what we call “Original Practices,” ASCVA follows what they call “Shakespeare’s Rehearsal Conditions.” The ideas are very similar at their core: we attempt to present Shakespeare’s works in a manner that is as close to the Elizabethan experience as possible, and doing so in a modern world with all of its advancements, both positive and negative. Our companies are both attempting an approach at imagining what seeing a play in Shakespeare’s time was like, and replicating that as much as possible in this era without becoming a museum piece. We are very similar in a few areas:

DIRECT AUDIENCE ADDRESS: The idea of “fourth-wall realism” in theatre is a relatively new concept. For Shakespeare’s actors, there was no “fourth wall.” They performed in open acknowledgement of the audience in the room. Both ASCs make this concept a keystone of our performance aesthetics, with actors engaging the audience as fellow scene partners, eliciting responses when needed, and drawing them into the action of the play as participants rather than passive observers.

SETS: Both ASCs eschew the contemporary set design, instead performing in spaces designed to replicate the setting of Shakespeare’s playhouses; three doors on-stage, a playable balcony, and some trapdoors to allow us entrance from below the stage.

GENDER: While ASCATL doesn’t make it a huge practice to have actors play characters of opposite genders, we certainly haven’t shied away from it, i.e. having a man play the kitchen wench in The Comedy of Errors, or having women fighting as male soldiers in any play that features combat. ASCVA also makes extensive use of gender swapping on stage, a natural result of casting no more than 15 actors in any given Shakespeare play….even if that play has more than 40 or 50 parts.
The differences in how we approach our production aesthetics are what truly fascinated me:

LIGHTING: Since both companies make extensive use of the audience, it stands to reason that the audience needs to be visible! ASCATL uses modern stage lights in conjunction with the instruments that illuminate the audience so that the actors can still see the crowd. Night scenes will be darker, day scenes will be brighter, and both the stage lights and the house lights will reflect that. The lighting in ASCVA remains bright throughout the production, keeping the performance space and the audience in the same light together for the entire running time. Also, ASCVA doesn’t use theatrical lighting instruments, but instead uses lots and LOTS of electric candles throughout the room, along the walls and in beautiful wooden chandeliers hanging over the stage and the lower portion of the audience.

MUSIC: ASCATL approaches the music in Shakespeare’s plays with an Elizabethan ear. Much of our music is composed by Bo Gaiason, who is gifted a creating melodies and harmonies that make strong use of fiddle, recorder, guitar, and small percussion instruments. The sound is a familiar one to anyone who has been to a Renaissance Faire. We do this as a way of trying to reconnect with the sonic reality of Elizabethan England. ASCVA creates a musical soundscape that is more akin to the popular music of today. As a matter of fact, for thirty minutes prior to a show’s advertised start time, the cast performs familiar contemporary songs as the audience filters in to find their seats (I heard Todd Rundgren and Taylor Swift during my visit). They also make use of any instruments in which the players are gifted, including banjo, accordion, and a full drum-kit backstage. For me, this created a fun, festival-like atmosphere and a heightened sense of excitement for the show to come, which I imagine would have been similar to the experiences of the groundlings in Shakespeare’s time.

COSTUMES: ASCATL costumes, for the most part, represent the time period in which the plays are set; characters in the Roman plays tend to wear togas, the Greeks wear tunics, etc. Doublets are also frequently seen on the Tavern stage since that was the fashion for Elizabethans. The production of Antony and Cleopatra that I saw in Virginia featured actors wearing Elizabethan garb adorned with hints of the Roman attire when necessary. This keeps in line with what Shakespeare’s actors did. The quick turnaround to produce a new play did not allow enough time to create a wealth of costuming options that would most fully represent a particular time period, so Elizabethan actors would traditionally wear the dress of their own time and embellish with wraps, drapes, and accessories that reflected the time and place in which the play was set. Audiences frequently saw combinations of Roman and Elizabethan clothes on the playhouse stages.

Although both of our companies intend the same goal of producing Shakespeare plays in a manner that reflects what his audiences saw (and what he originally intended), the interpretation of that goal and the method for producing a product to reach that goal can be amazingly different. And both theories can be equally effective and entertaining. I walked away from my field trip astounded at how seemingly small aesthetic alterations such as lights and costumes can have a massive impact on the “feel” of a performance, and still be just as familiar as if I had worked with them for years. To be honest, almost a month later, I’m still processing a lot of what I experienced in Virginia and its relationship to what we do in Atlanta… and that’s a good thing.

Written by Andrew Houchins
Submitted by Amanda Lindsey McDonald in Education
Posted by The Shakespeare Tavern® at 2:30 PM No comments: