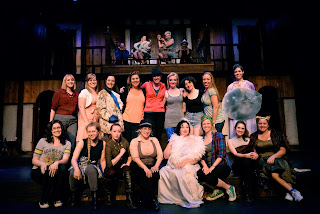 The talented women of the Atlanta Shakespeare Company performed, directed, and produced scenes from Shakespeare on Monday for the second annual Lady Shakes, an event created by Artistic Associate and Special Events Coordinator Dani Herd.  Think of great Shakespeare roles and you will likely think of male roles like Hamlet, King Lear, Richard III, and Romeo.  Casting women to play male roles is an increasingly popular artistic choice, as evidenced by the decision to cast Mary Ruth Ralston as King Henry VI in the three parts of Henry VI at the Shakespeare Tavern Playhouse last fall.  Lady Shakes gives female artists the opportunity to tackle traditionally male roles, continuing a tradition that was begun by pioneering women in the 1700s. 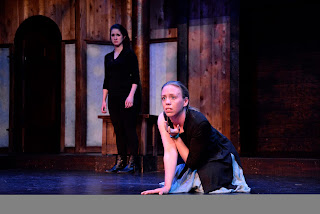 Beginning in the eighteenth century, many well-known actresses played male roles in Shakespeare’s plays.  Sarah Siddons, who was famous for her portrayal of Lady Macbeth, played Hamlet to great acclaim in 1775.  Kitty Clive followed suit, also playing Hamlet and earning praise from Dr. Samuel Johnson, who commended her performance as being even better than that of David Garrick, one of the most famous Shakespearean actors of the eighteenth century.  More than fifty actresses appeared as Hamlet between 1775 as 1911, including Sarah Bernhardt, who was the first actor to portray Hamlet on film in 1900.  Other actresses took on the roles of Romeo, Iago, Othello, Richard III, Shylock, and Hotspur.  While women playing male characters was not the standard in productions of Shakespeare’s plays from the eighteenth to twentieth century, the consistency with which actresses took on male roles demonstrates that it was an important theatrical trend. 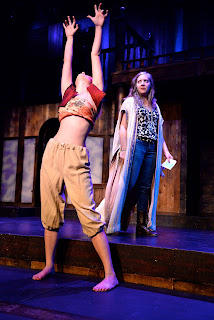 Choosing to perform male Shakespearean roles allowed actresses to tackle parts that were often more complex and better regarded by critics than traditionally female roles, but women appearing as men challenged patriarchal assumptions about the place of women on the stage.  Concern over the growing trend of actresses taking on male roles is evident in “Women in Male Roles: Long List of Prominent Actresses Who Have Yielded to That Ambition,” an article that appeared in The New York Times on February 12, 1911.  The reporter described women who played male roles as “usurping man’s place on the stage,” suggesting that the author saw actresses who played Hamlet or Romeo as challengers of male dominance of the stage.  The reporter also expressed confusion about the allure of certain male characters to actresses: “One can understand how the roles of Hamlet, Romeo, Prince Hal and other youthful heroes might appeal to actresses, but it is hard to discover why any of them should wish to play the crooked-back Richard III, with all his ugliness and all his malignity.”  This comment implies that a character’s virtue and physical attractiveness should be the most crucial factors in deciding whether a part is suitable for a woman to play.  The article, which notes that many attempts by actresses to play male parts were “lamentable failure[s],” demonstrates the criticism aimed at women who chose to play male roles in Shakespeare in the early twentieth century.  However, it is in part because of such derision by male critics that attempts by actresses to play male roles during this time were so crucial. 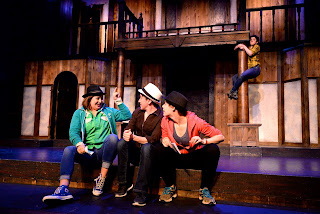 Women have come a long way since 1911, and female Hamlets, Lears, and Caesars have appeared on stages and film screens across the world and have been met with admiration by critics who now recognize the artistic value of women playing traditionally male characters.  From New York to London to Atlanta, when women take the stage in male roles they continue the legacy of Sarah Siddons and challenge the audience to question gender biases and more closely analyze interactions between characters.

Photography provided by Sarah Beth Moseley
Posted by The Shakespeare Tavern® at 1:13 PM No comments: