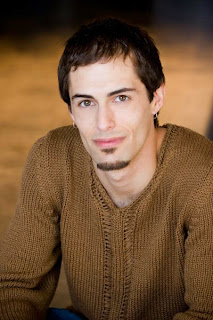 Matt Felten joined the Shakespeare Tavern with the 2003 Apprentice Company, or the “Grasshoppers” as they were affectionately referred to in house. Matt has been a staple actor here at The Shakespeare Tavern, starring in plays such as Hamlet, Romeo and Juliet, Troilus and Cressida and many other productions. During December, Matt will be playing Tiny Tim, The Ghost of Christmas Past and Peter Cratchit in A Christmas Carol.

Matt grew up in Winston Salem, North Carolina. His history with Shakespeare goes back to when he had just graduated high school. He spent a summer with the Carolinian Shakespeare Company in New Bern, NC, performing in Romeo and Juliet. He also trained with Shakespeare and Company in Lenox, Massachusetts during his Junior year of college. Matt has a BA in Theatre Arts from .

Matt’s first onstage experience at the Shakespeare Tavern was during a 2003 production of Macbeth. He loved the immersion in professional theatre as well as being on stage with part of the Senior Company. Matt’s favorite line in Shakespeare also comes from that play. He loves the line “Things bad begun make strong themselves by ill”.

Matt also busies himself around the Shakespeare Tavern as the Assistant to the Lighting Designer, an Artistic Association, and as a member of our Education Team. Over the summer you might have found Matt taking Improv classes or teaching Clown Class to our Summer Intensive for Teens.

Matt told me that his favorite roles have been Puck and Hamlet. He found Hamlet to be his most challenging role yet, not because of the staggering amount of lines, but because he finds Hamlet to be so intellectually brilliant.

In Non-Shakespeare, Matt loved playing Picasso in Picasso at the Lapin Agile.

An interesting fact about Matt? When he was a child he used to enjoy wrapping himself from head to toe in toilet paper and sitting in the drawer of the oven. He doesn’t know why, but he told me the pictures of him look like he is having fun.

After A Christmas Carol, you will be able to see Matt in Twelfth Night, Of Mice and Men, and A Midsummer Nights Dream.

Posted by The Shakespeare Tavern® at 12:27 PM No comments: