Why I am Excited about The Ded Bob Shakespeare Comedy Spectacular

I'll admit that I pushed hard to get Ded Bob to come back to The Tavern to do a show. (My original thought was to have him do a one-time-only benefit performance. I'm glad Bob's Creator Clark Orwick suggested he do a longer run.) I wanted to share with our new audience some of the magic that made me want to come to the Tavern in the first place. I just knew it would be something everyone would enjoy, even if they didn't know what they were getting themselves into at first!

When I was a Senior in High School (1992) I went to The Georgia Renaissance Festival a lot. Back then, The Atlanta Shakespeare Company had a stage on-site and they did several Shakespeare Shorts. I don't remember the titles, but there were 4 or 5 and they were hilarious, I saw every one multiple times. In my geeky opinion, they were the smartest, funniest shows out there. One of the Shorts actors (Clark) was also doing a "ventriloquist" act called Ded Bob on another stage. Bob was irreverent, quick-witted and a little bit naughty. I was immediately hooked. Or Bobmatized.

I heard that the Atlanta Shakespeare Company was doing an Elizabethan Vaudeville-type show at this place called The Shakespeare Tavern and it would feature acts from the Ren Fest: the Zucchini Brothers, Ded Bob and The Shakespeare Shorts. So, the night before I graduated High School, my friends and I walked through the front doors of The Shakespeare Tavern. I got a front row seat and a meat pie. The show started, some guy named Jeff Watkins came out and started the evening with his magic show: his card tricks, his nose flute trick, his, well, you'll just have to come see the show to see what else he's got up his sleeves.

Then Ded Bob came out and did his stuff; then the Zucchini Brothers juggled and there were a couple of Shakespeare Shorts. My friends and I had the best time. (Eventually, two of those friends would go on to become ASC's costume designer and Assistant Stage Manager!)

I don't remember the details of the show, I just remember that 1. I knew I had found a place I wanted to be and 2. I fell asleep during my graduation ceremony the next day.

As I was leaving the Tavern, Jeff was standing at the bottom of the stairs, saying goodnight to people, holding his 9 month-old baby boy, Joe. Joe graduates High School this month.

I started volunteering at the Tavern right away; they hired me to run the Box office in 1994.

You can see why I'm more than a little nostalgic for these next two weeks at the Tavern. Ded Bob and The Shakespeare Shorts are what brought me to where I am now and I couldn't be more happy or grateful.

I hope everyone who comes to see The Ded Bob Shakespeare Comedy Spectacular will have fond memories. I hope some of the folks who first came to the Tavern back the early 90's will come back and remember things the way I did; I hope that new people will walk through our front doors and feel what I felt that first time: This is my new home.

Admitedly, I may still be a little Bobmatized.


posted by Jeanette, Marketing Manager
Posted by The Shakespeare Tavern® at 3:32 PM No comments:

We’re looking for some creative people to have a little fun with some left over Coriolanus press images.

Between now and June 12, we’ll be taking your submissions of Photoshopped images of Coriolanus (played by J.C. Long, good sport that he is) attacking things.
Once the winner has been chosen (by a panel of Highly Qualified Tavern Employees), we will release that image to be captioned by our audience.

The winning Photoshop-er will get 4 free tickets and a Royal Upgrade to one show(any show,) while the winning Caption Writer will receive a $50 Tavern Gift Card!

For more information and to download our Coriolanus photos for the contest, click on 'Photoshop and Caption Contest' at www.shakespearetavern.com!

A few examples to get your ideas flowing: 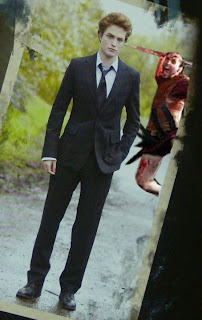 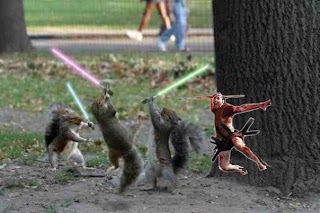 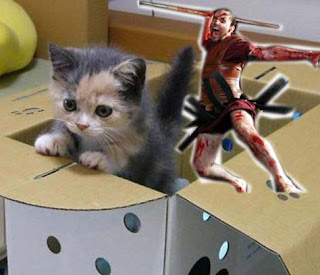 Posted by The Shakespeare Tavern® at 4:51 PM No comments: