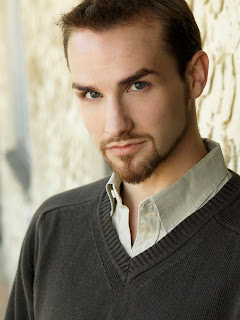 JC Long has been at the Shakespeare Tavern since he was 17. While jointly enrolled in High School and Georgia Tech (as an Aerospace Engineering major), he auditioned for a part in Richard III. He won the role of Edward V, and performed in his first show nearly 12 years ago.
JC has been consistently performing on the Tavern stage since then, with a couple of brief pauses to go on international tours with Chattanooga Shakespeare.

JC started acting at the age of 6 with the American Theatre Company in Oklahoma. He then moved to Memphis, and after that to Atlanta. He also spent a year living in New York City.

JC is also an accomplished musician. He plays ten different instruments, his favorite being the violin. He is also a composer and much of his music can be heard in plays at the Tavern. He says that he loves music and acting equally and has strived to make a living from both over the past ten years. He finds that acting has afforded him a lot of musical opportunities.

So far his favorite role was as Hotspur and Poins in Henry IV Part 1.

JC’s dream roles are Toby in Sweeney Todd, Petruchio in The Taming of the Shrew, Edmund and Edgar in King Lear and Horatio or Laertes in Hamlet.

He auditions for film and television and would like to move back to New York City one day.

JC’s favorite quote is from The Winter’s Tale:

“I am a feather for each wind that blows”.

JC is currently performing in Antony and Cleopatra as Caesar. He says that “Caesar has a much straighter spine than the characters that I normally play.”

In November, you can also see him as Suffolk and other characters in Henry VI Part 1, 2 and 3.

Something you didn’t know about JC? He is a quarter Cherokee Indian and gets free medical and dental in Oklahoma.
Other featured actors performing in Antony and Cleopatra are:
Nicholas Faircloth
Matthew Felten
Andrew Houchins
Bryan Lee
Tiffany Porter
Posted by The Shakespeare Tavern® at 7:17 PM 4 comments: