A Quick Chat with Romeo 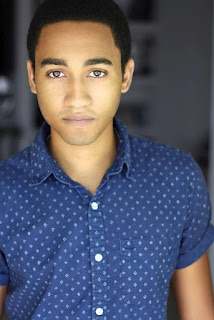 What is your name and character?
Stephen Ruffin and I am playing Romeo Montague

Where did you go to college?
The University of Florida....GO GATORS!!


How long have you been acting at the Tavern?
Since August 2014 when I was in the Apprentice Company along with Trey York and Kevin Roost!

What was your first encounter with Shakespeare?
My mom introduced his work to me in the 2nd grade! R&J and Hamlet were my first two.


What made you want to work at the Tavern?
Performing Shakespeare on a professional level had been a goal of mine since I began acting, and I was familiar with the Tavern because I grew up in Atlanta and had always heard good things.


Who is a person who influenced your decision to be an actor?
I had an acting professor my freshman year of college that became a mentor to me. He's a constant reminder of why I love to do this.

What do you hope to matinee students take away from the show?
How incredible of an avenue theatre can be to convey important messages, AND be incredibly entertaining.


10. What other performance styles have you done? tv, film, dance, etc.  (include picture if you have one)
Tv, film and dance!
This picture is from Sleepy Hollow on Fox 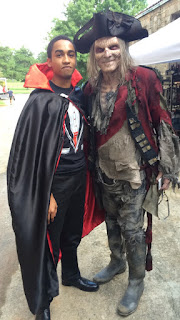 11.  What does it feel like to be in one of Shakespeare's most famous works?


Pretty surreal to have the chance to portray one of the most famous characters in literature, especially at a professional level. I feel pretty privileged every night I'm out there on stage.