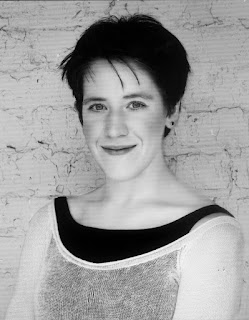 I’ve spent the last several days muddling over what I want to say about Shakespeare’s Henry VI and the experience of playing him. There’s a lot to talk about. Although the play isn’t wall-to-wall earth-shaking verse like some of Shakespeare’s later works, it’s full to the gills with complex characters, nuanced political intrigue, and a haunting sense of national soul-searching. This story brings up a lot of tough questions with which we still grapple:
Can a warlike country call itself Christian? Does a leader have to sacrifice being a good person in order to be a good leader? Is kindness a weakness? Is cruelty a strength? Is it better to obey our leaders or our own consciences when they tell us different things? How do we define masculinity and femininity, and what do we do to ourselves when we try to enforce those definitions?

Those questions only scratch the surface, and I could geek out for hours about this play and the issues it raises. If you want to catch me in the lobby after a show and chat about it, I’m most likely up for a chat. But for this post I want to narrow it down. I asked myself the other day what I would say to a child who had seen these plays and asked me afterwards what they were about and why I wanted to play Henry. This is a tough story to present to children, and there have been a few in the audience, so I wanted to have my answers ready for them. This story is dark and sad. Over the course of these three plays we watch a kind, generous, trusting person be manipulated and used, fail to prevent his country from falling into chaos and war, and eventually [SPOILERS] die alone, ashamed, and heartbroken at the hands of a triumphant sociopath.

So for the kids out there, this is what I think the story of this sad, sweet, eventually powerless man can tell us. 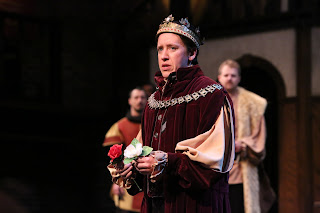 Firstly, about Henry himself: I don’t think Shakespeare intends for us to leave believing that all of Henry’s defining qualities are weaknesses. It’s easy to dismiss him as just a spineless wimp who lost his throne because he lacked the strength of will to keep it, and his inaction and self-doubt are certainly a big part of the story. But Henry also has immense strength. He has a deep, quiet moral strength that he never ever loses, no matter how much other people use and belittle him. Henry, in spite of everything that happens around him, never becomes cruel or callous or petty. Henry remains honest and empathetic; he loves his family and his subjects even when they let him down. Henry [SPOILERS] uses his literal last breath to pray for his murderer. To me, that speaks of incredible internal strength that is worthy of admiration, and much of the tragedy in the play is in knowing that Henry could have been a great king if the people around him rather than preying on his weaknesses had worked to magnify his strengths. Being able to play that soulful strength and that unfailing moral compass even in the midst of so much doubt and grief and frailty and collapse makes Henry a remarkably rewarding part to act.

Secondly, about Henry’s world: I think the main reason Henry’s England falls apart to such a terrible degree can be summed up pretty nicely by the Two Wolves fable. The story is that there are two wolves fighting inside of all of us. One wolf is kindness and empathy. The other is cruelty and selfishness. Which wolf wins in the end depends entirely on which one we feed most. I like to think of Henry and Richard as England’s two wolves, and over the course of three plays we watch England and its nobility feed the wrong wolf until at the end of Part III we finally see the two wolves face off; Henry, the kind wolf, is spiritually starved and weakened to the point that he’s barely there while Richard, the cruel wolf, is strong and well-fed and [SPOILERS] able to destroy the kind wolf with ease and gusto, leaving the world for himself to bustle in. The reason this happens isn’t just because Henry failed as a leader. It’s also because the followers in whom Henry put his trust failed to be the virtuous people their king believed they could be. 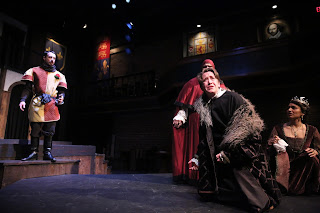 I think, then, the reason that it’s important to tell this story is for this painful truth: the kind wolf can’t win if we don’t make the constant effort to feed it more. One person trying to be good and do the right thing is not enough. They have weaknesses, and if we expect them to their fight alone they will lose, and the cruel, manipulative, selfish wolf will win. This isn’t a very comforting moral (especially considering how much food is available to the cruel wolf) but we have ample evidence of its truth.

I hope you enjoy watching these plays as much as I’ve enjoyed working on them and that you leave the theater with thoughts, challenges, questions, and inspiration. I’d love to chat with you about them, and about poor sweet magnificent Henry.

Posted by The Shakespeare Tavern® at 11:51 AM No comments: