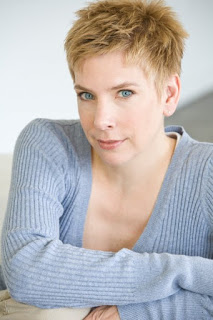 Luara Cole returns to the stage to reprise her role in Christopher Marlowe's Doctor Faustus.  Along with being the Education Director at the Atlanta Shakespeare Company, she is an actor around Atlanta and Off- Broadway!  Check out this quick interview as she talks about being a part of this year's production. 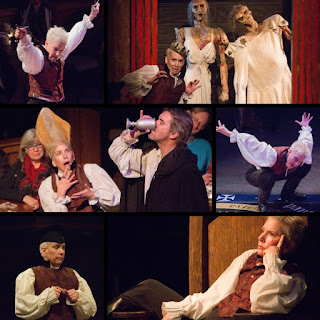 I am Laura Cole and I play Mephistopheles and all the other characters besides Faustus (No joke, there are a few)

2.     How long have you worked at the Shakespeare Tavern Playhouse?
This is my 22nd season as an actor here!

3.     Is there a moment in the show that resonates with you?
I love doing every moment of this show, but when Mephistopheles speaks about how compelling or beautiful humans are (he ISNT human but a fallen angel) I really enjoy those moments- he’ll never be human but is still stuck in Hell anyway.

4.     What is it like performing in the round as opposed to regular staging?
It is sometimes a challenge to keep all the audience in mind at every moment but most of the time I am thinking about them anyway so it isn’t too hard. 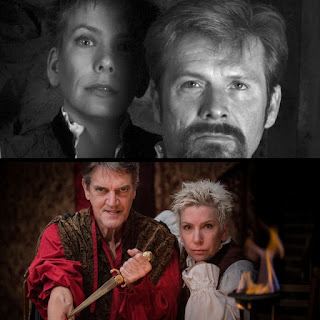 5.     What is different about this production as opposed to the last time you did it?
Hummm. That is a loaded question for me- I am almost 8 years more experienced, so that is a big difference in outlook, energy, shape.  The most obvious is a different actor as Faustus.  I love both my Faustus’ so it has been a joy both times!

6.     Is there something you want the audience to leave with after the performance?
I hope they enjoyed the swiftness of the story and the varied ways we tell the tale!

7. Who are these sound demons I hear about? Other Tavern actors in cloaks, that utilize all our sound sculpture knowledge in creating live sound effects as the play happens. 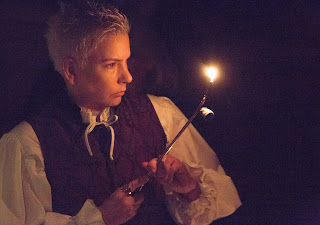 8. You start the show and end the show with candles.  What does that symbolize? Lucifer, bringer of light, is what I think first, and then for me there is an opportunity to be enlightened by science and knowledge that doesn’t work out in the end.
Posted by The Shakespeare Tavern® at 2:40 PM No comments:

An Interview with Chris Kayser on Doctor Faustus! 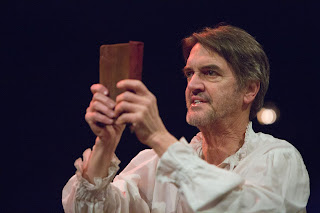 We at the Atlanta Shakespeare Company are proud to have Chris Kayser with us in the title role in Christopher Marlowe's Doctor Faustus.  His previous Tavern credits include As You Like It, Coriolanus, Murder in the Cathedral and Salome.  Chris spent 25 years as a Resident Artist at Georgia Shakespeare.  He has also been seen for many years as Scrooge at the Alliance Theatre in A Christmas Carol.  Other theaters where he has performed include The Horizon Theatre, Theatrical Outfit, Theatre du Reve, Actors Express and many others.   Here is a quick interview with him on the experience!

How long have you been in the Atlanta theatre scene?
I was born in Atlanta and I have been working in the theater here for over 40 years. 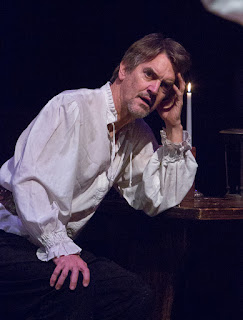 Is there a moment in the show that resonates with you?
The many moments of doubt that Dr. Faustus has are universal, I think.  Have I chosen the right path?  What is the cost of that choice?  What have I left behind?

What is it like performing in the round as opposed to regular staging?
You must keep the whole audience in mind at all times.  You have to keep moving, to spread your focus around the whole 360 degrees. 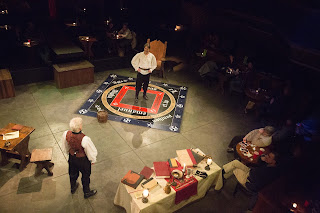 You start and end the show in complete darkness.  What does that symbolize for the character?
What Faustus doesn’t realize is that his choice is already made—that he is mired in an endless cycle where he begins and ends…in hell.  The darkness symbolizes that very well.

Is there something you want the audience to leave with after the performance? 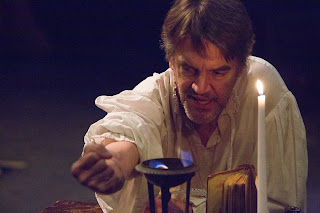 I would hope each audience member might leave thinking about what hell might be for them.  I want them to consider their own choices.  I hope they’ve been entertained.
Posted by The Shakespeare Tavern® at 1:41 PM No comments: