“Dances and Delight”: Dancing in A Midsummer Night’s Dream

This week, ASC actors took to the stage at two local schools to perform A Midsummer Night’s Dream, which is a play that is full of dances and references to dance.  The fairies are especially associated with dance, but the dances that Oberon and Titania, the sparring fairy king and queen, refer to are unfamiliar to our modern ears.  They talk about Elizabethan dances like the measure, the brawl, and the bergomask, names that would have has been as familiar to Shakespeare’s audience as hit the quan and whip and nae nae are to younger audiences today.  So how do modern productions deal with the fact that most audiences today no longer understand the references to Elizabethan dances that serve as imagery or characterization in the play?
In ASC’s production, the Elizabethan references to dance remained but the audience understood that the fairies were inclined to dance because of the frequency with which the fairies frolicked on the stage.  One fairy leaped in ballet-inspired moves while Puck galloped and jumped and even performed a brief pas de deux, a dance between a female and male dancer in a ballet, with an actor playing one of Titania’s attendants.  The actors did not need to gather in the circles of the Elizabethan round or jump with the thumping foot stomps of the brawl for the audience to appreciate the dancing nature of the fairies, and the production as a whole showed that there are many ways to make this dance-heavy play accessible to audiences who are not familiar with Elizabethan dances.
The amount of dancing in A Midsummer Night’s Dream has made it a popular Shakespearean subject for choreographers like the New York City Ballet’s George Balanchine.  Take a look at his choreography for the fairies in his 1962 ballet based on Shakespeare’s play, most recently performed in 2015 by the New York City Ballet: https://www.youtube.com/watch?v=rzErTHNQw_Q. 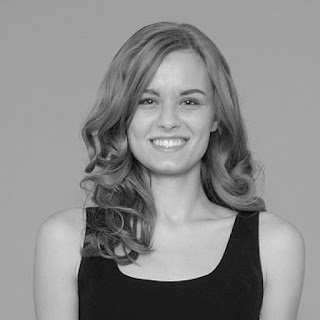 -          Samantha Smith, Education and Development Coordinator
Posted by The Shakespeare Tavern® at 2:25 PM No comments: